This year’s A/W Top 10 list includes a sprinkling of new names, but a lot of familiar ones too.

I don’t think this is unexpected or unwelcome. The world of classic, crafted menswear is not large, primarily because men still don’t spend that much on clothing – they buy more, perhaps, but still don’t seem to have the knack of buying the same but better.

Still, as large men’s brands have largely been the ones to struggle or go out of business in the past year, I do wonder which of the small names we know can grow to fill that space. Who can be the new Aquascutum, J Crew, Daks, Brooks Brothers etc? Are any of them that scalable, or progressive?

Something for a future post. In the meantime, here are my favourite things that came out this Autumn/Winter, with brief explanations why.

There’s nothing that unusual about this cashmere polo from the new collection at Colhay’s – Lockie and others do similar two-ply polos, which I also have and love. The point of difference is the colour: other makers never do this dark, dark brown, or indeed the dark olive that Colhay’s does some of its other pieces in (see shawl, top).

I’m also interested in the shirt cardigan, though I suspect I will only use it as a collared cardigan over a T-shirt or shirt, rather than tucking in as a shirt on its own, as is suggested.

The lovely thing about having so many new, young brands in menswear is that they often come up with combinations you wouldn’t have thought of: like these Civilman trousers from The Anthology. They have jeans pockets at the front, flapped ones at the back; they’re classically cut but use a denim-type material; and the finish inside is more akin to jeans or chinos.

The fit is high rise, with a slightly more generous thigh and seat, as tailoring tends to do but chinos often don’t. And the leg line too is straight but not baggy.

The only thing I’d say is, the material is as soft or coarse as denim, it’s almost half way between that and a smarter cotton twill. It’s also definitely white rather than off-white or ecru. So I see them as a really nice, smarter trouser, that happens to have jeans-style pockets.

Most of the Wythe collection isn’t at the level we normally cover on PS – deliberately, as Pete wants to keep it more accessible. But of the few pieces I tried earlier this year, this overshirt felt a step above.

Using a undyed, unbleached cotton yarn, the material feels very natural and slubby. But it’s also beautifully soft with nice body too. The pines design won’t be for everyone, but it’s great over a heavyweight white T-shirt with jeans and boots.

Uniqlo doesn’t call these Ivy, but I do. Because I’ve been looking for a good style here for a while: off-white, wide rib, chunky and hard wearing. The best I’ve found was actually from Anonymous Ism, at John Simons, but they’re no longer in stock.

So Uniqlo, as is often the case, is a good fall back. Not the best quality by any means, and annoyingly they shift into a ‘Heat Tech’ version for winter that has a lot more synthetics. But the colour and style is perfect.

John Simons still has a model without the chunky rib and with a Harvard ‘H’ on it by the way. And End Clothing also does some solid Anonymous Ism options. Just not quite as nice a rib as the Uniqlo.

In that hunt for Ivy socks, I also tried these from Mes Chaussettes Rouges. They’re also the perfect colour and rib, but they’re fine and dressy, not no much a sports sock.

But there will be people who prefer a luxe feel in a sock like this, no matter how casual the effect is supposed to be. And for them these are the best I’ve seen.

I’ve wanted a good fisherman’s knit like this for a while, but all the new ones are too luxe, and the vintage ones too baggy and coarse. The current Sunspel version strikes a good balance: not too coarse to wear over a T-shirt, but still with that rugged feel and faint lanolin smell.

It also has a nice, high collar and a slimmish fit – a far cry from the really bulky ones that were traditionally made so you could layer absolutely everything underneath.

Edward Green recently brought out a small range of shoes and boots in a waxed suede, which is the first thing I’ve seen in a while that’s similar to an old Lodger pair I loved (here).

This kind of suede is water-resistant and tough, in my experience, and also ages really nicely. It’s a perfect bad-weather winter boot, but more elegant than, for example, an RM Williams Gardener style.

There’s a grey and a dark brown, in a derby, chukka and chelsea boot. Personally I prefer the dark brown (‘iron’) and the chukka or chelsea. In the end I chose the chelsea, because although I often feel that style is a little slick for me, it’s less so in this boot and last. The chukka would have been great too.

Two things to note here. Most importantly, the cut of this sweatshirt is more ‘V’ shaped than anything else at this quality level. A bit shorter, narrower waist, slightly dropped shoulders. Appealing to anyone that wears higher waisted trousers.

Second, it’s a grey melange with more black in it than the classic sweat you see from Merz b Schwanen and so on. This makes it look less clean-cut, less smart. It’s not an uncommon colour, but worth noting as an alternative.

I’m not that much of a fan of the washes on the Drake’s jeans, but the ecru pair is the perfect shade of off-white, and it’s a great cut: medium to high rise, generous leg without being baggy, and a subtle taper.

I’m a little in between sizes, but I actually prefer the colour of the ecru to my bespoke pair from Levi’s. So if the fit works for you, they’re a great choice.

Niwaki is a Japanese gardening shop that has just opened on Chiltern Street. And it’s run by a reader, Jake, so it must be good.

The products are beautiful, with a real focus on craft, and not all just for gardening – there are kitchen things, a bit of stationery, and some pocket knives.

I bought my wife a pair of the Higurashi secateurs, which are a joy. The same feeling I’ve had from things like my knife made by Sasuke when we were in Japan: it just performs beautifully, and you feel it every single time it’s used.

The Higurashi set count as mid-range, below the pro level but above the starter options. If you’re worried about looking after them well, it’s worth reading the ‘About’ section of the site. 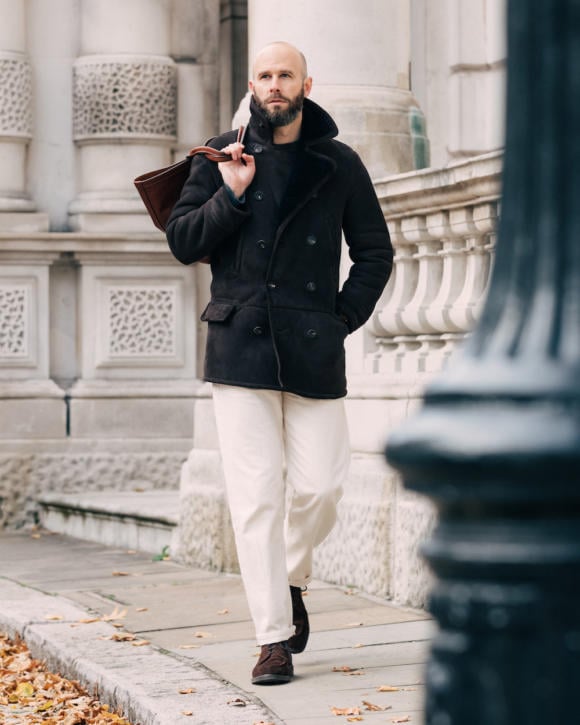 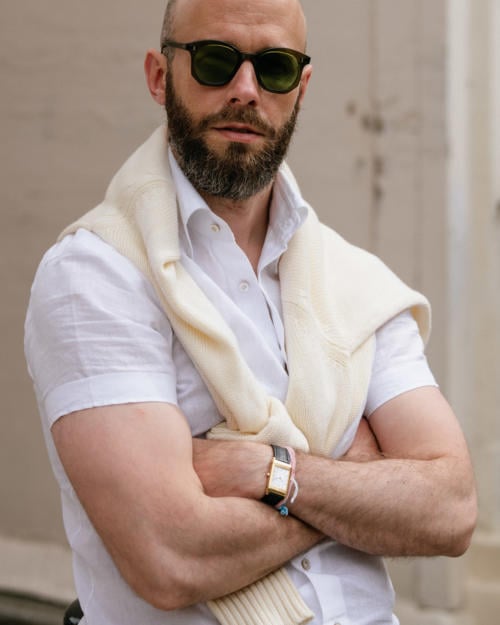